In a bid to heal society from societal ills caused by drug abuse amongst youths, The Spring of Living Waters Ministries led by Prophet Leeroy Shiri in partnership with Matabha Media in Kwekwe has produced a drama titled Nhava Izere Mhepo.

Speaking to Impact Stories Zimbabwe, the director of the drama series, Garikayi Matava of Matabha Media said the drama is based on a real-life story.

“It was written by Kudakwashe Mukaro, the drama portrays a real-life story of a young man who comes from a poor family, after finishing his tertiary education, he migrated to South South Africa in search of greener pastures.

“Young Man Victor Chidende (Chenje) is then caught up in a street gang and is hooked into the drug world. In the end, he fell sick and comes back home empty-handed, ” said Matava.

Matava further highlighted that the drama is a production which highlights contemporary issues affecting human society.

“The drama tackles social malaise, we are doing more on the themes of drug abuse and child marriages, ” he said.

However, the aim of the drama is not just to educate society but also to keep talented youths occupied through acting.

“We are trying to keep youths off the streets, away from drugs and other social vices because we know that an idle mind can be dangerous to society, ” he added.

Matava expressed his optimism about the drama making a greater impact on society.

He however highlighted some of the challenges that the team faced in coming up with the production.

“We are facing financial challenges because shooting requires a huge budget, we hope we will find financial partners in this worthy project, ” he added. 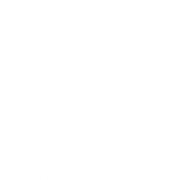